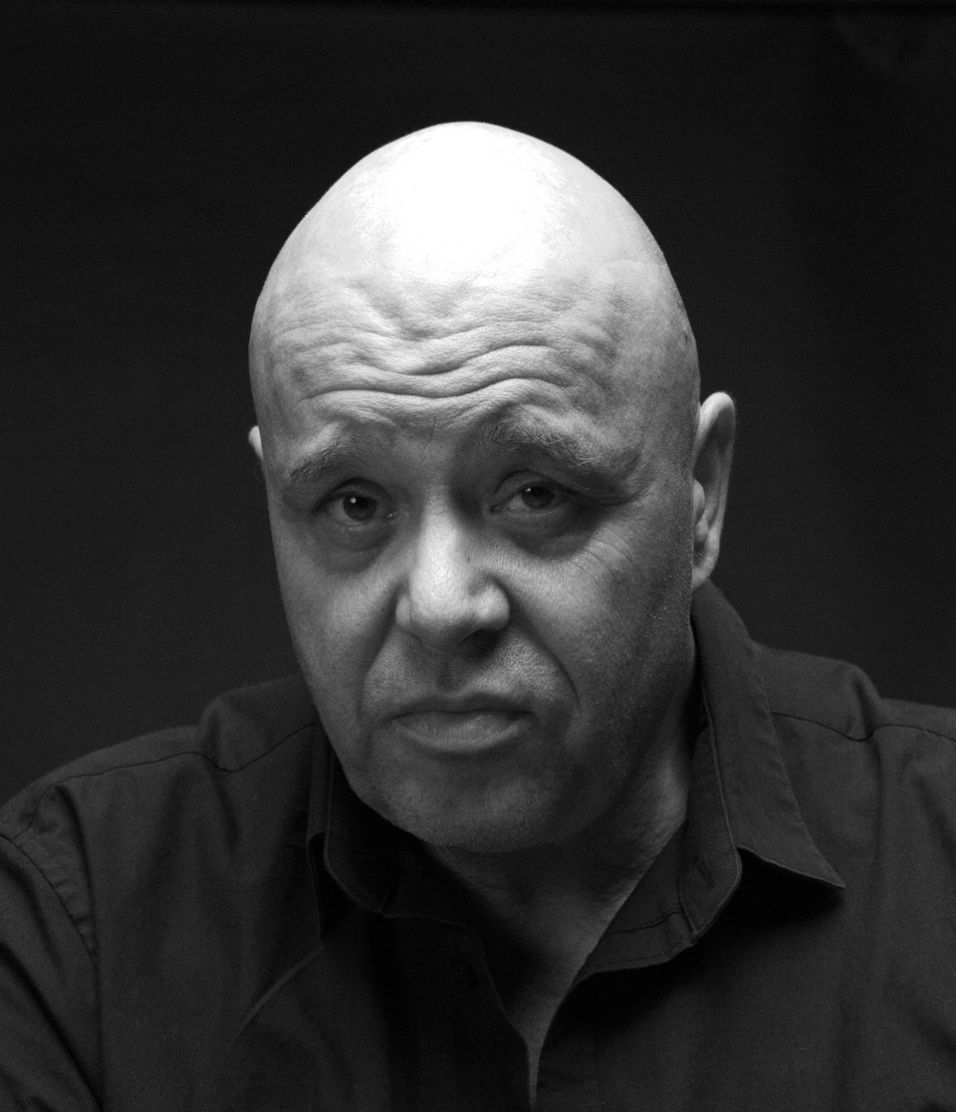 In the 60's and 70's Manou Kersting used to be the worst student in class, except for drawing lessons.

From the age of 13 he played the double bass in his father's Manouche Jazz formation (Gregor Joseph Kersting). Though, as he already decided at the age of 6 that he would be an actor, acting got in the first place and this would determine his career.

6 years ago, after turning the first season of the black comedy television show Crimi Clowns, he wanted to offer director Luc Wyns a special present and he painted the eyes of Luc's character: clown Norry. That was the moment he rediscovered painting.

After 6 years of painting Manou is ready for his first exhibition. At NATIONAL 55.

Hands are very expressive and tell their stories in silence.

The face is a mask and Manou's worktool: the face tells whatever he wants.

Our selection of works by Manou Kersting. Do not hesitate to contact us for more information, an appointment or pricelist by clicking the button below. 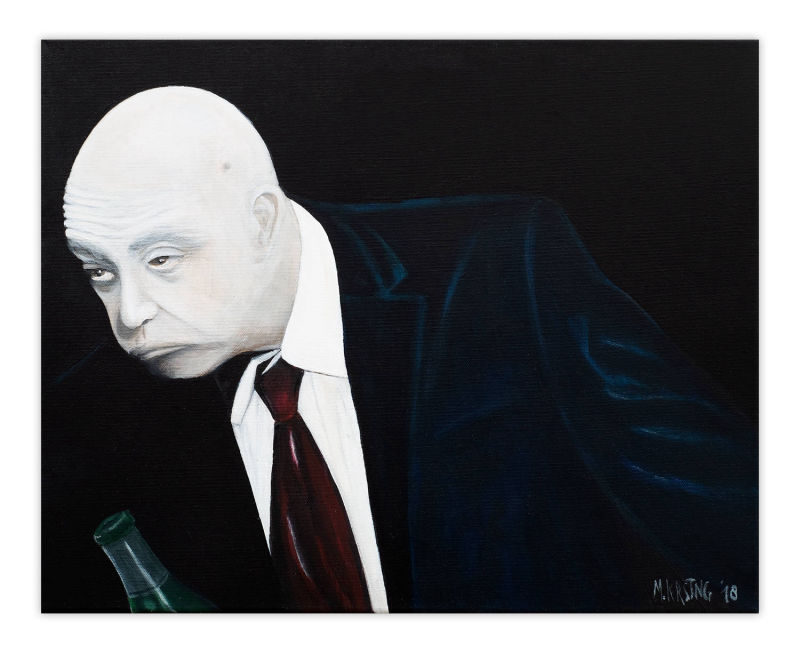 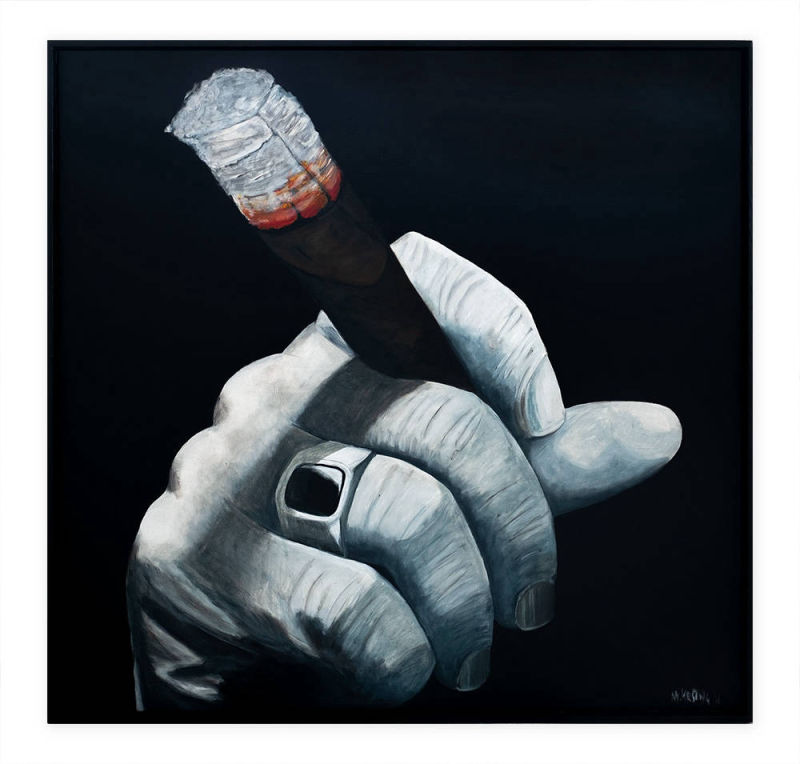 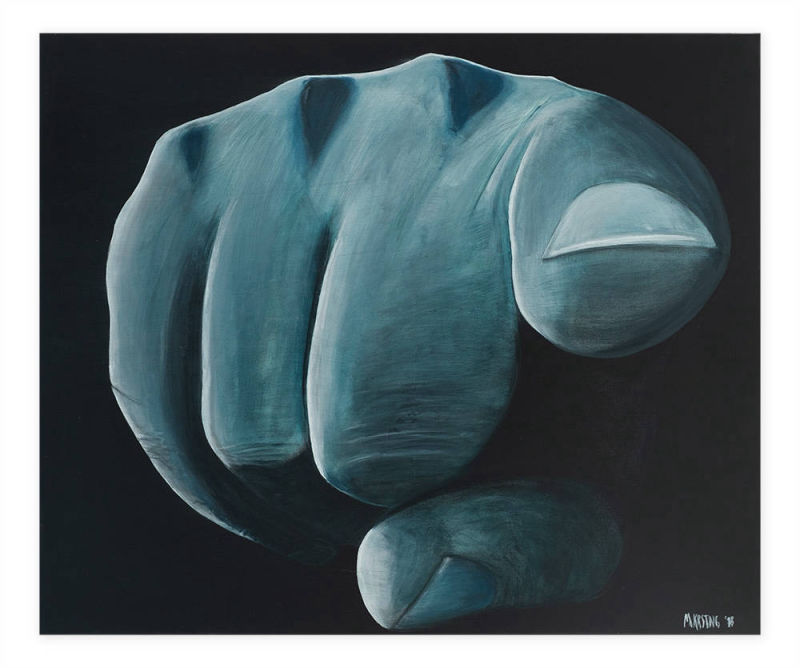 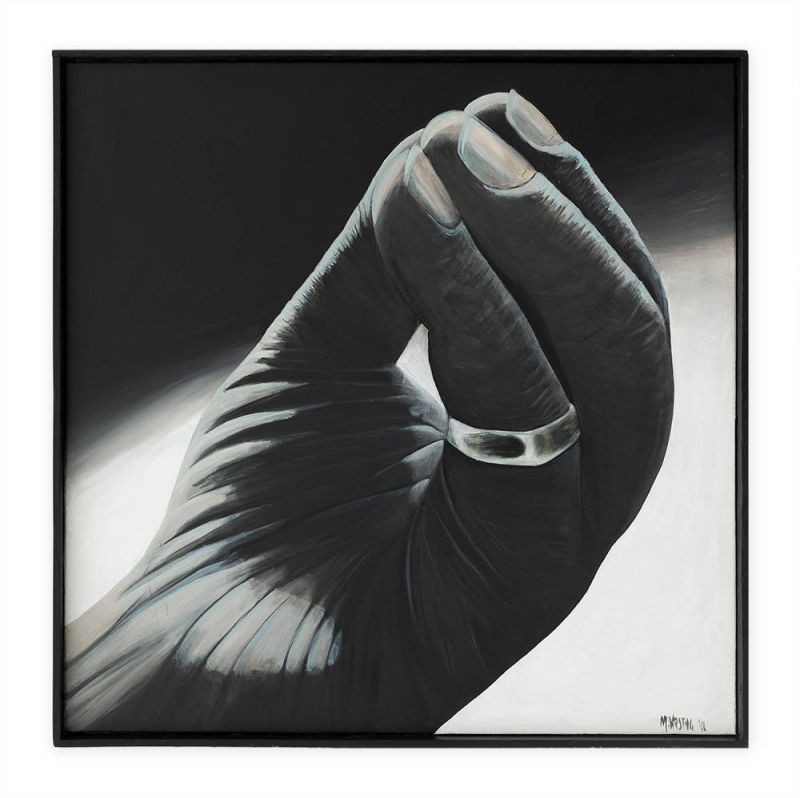 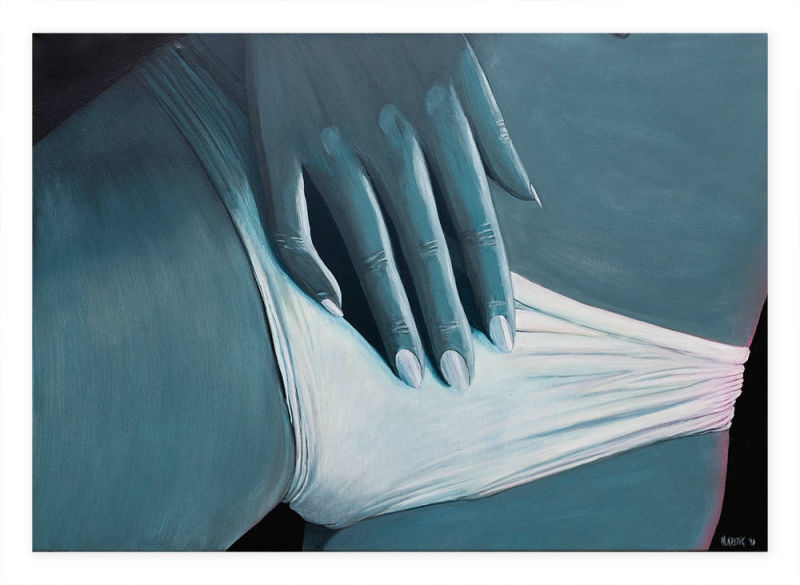 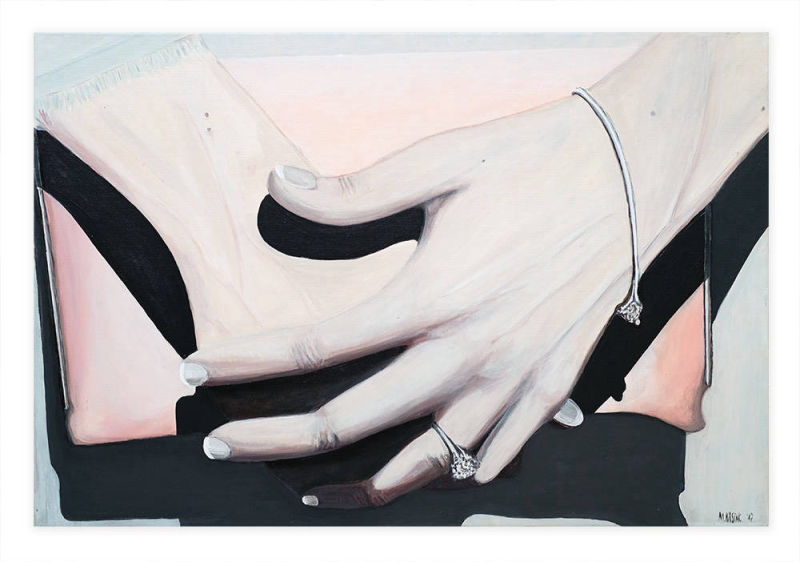 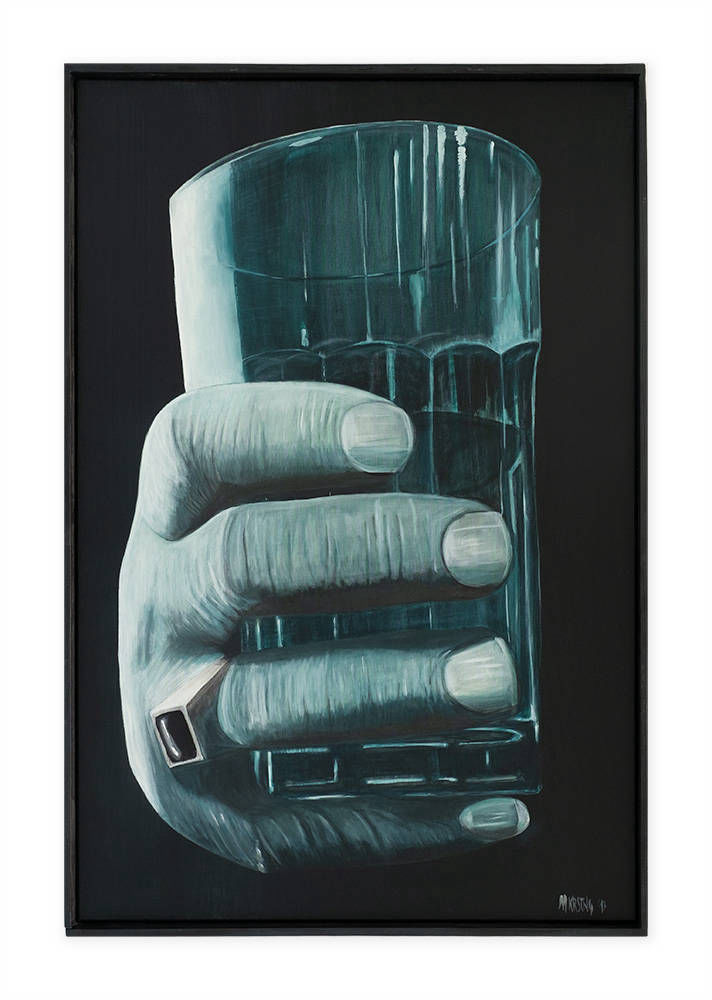 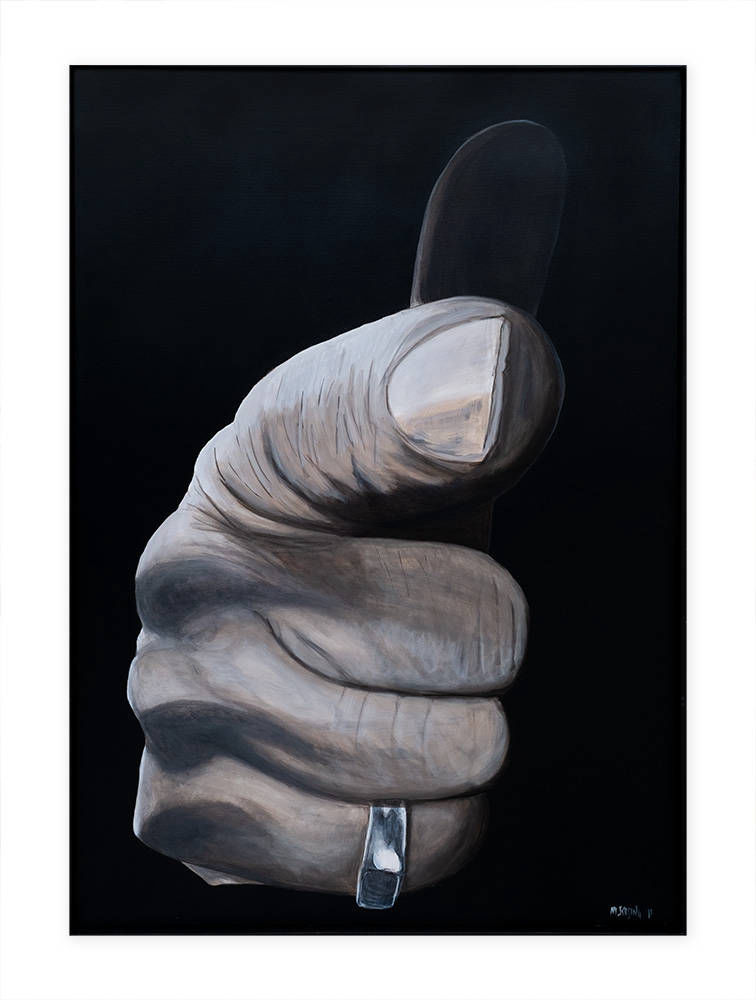 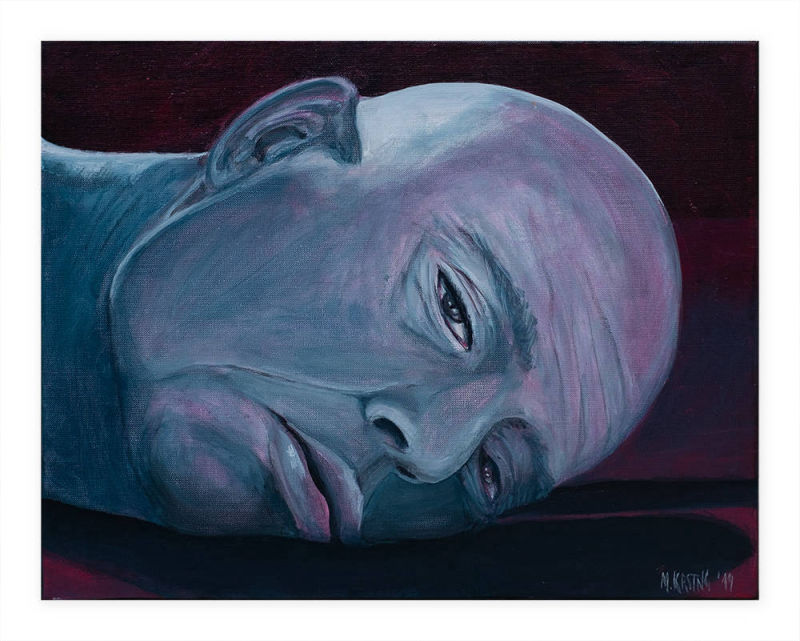 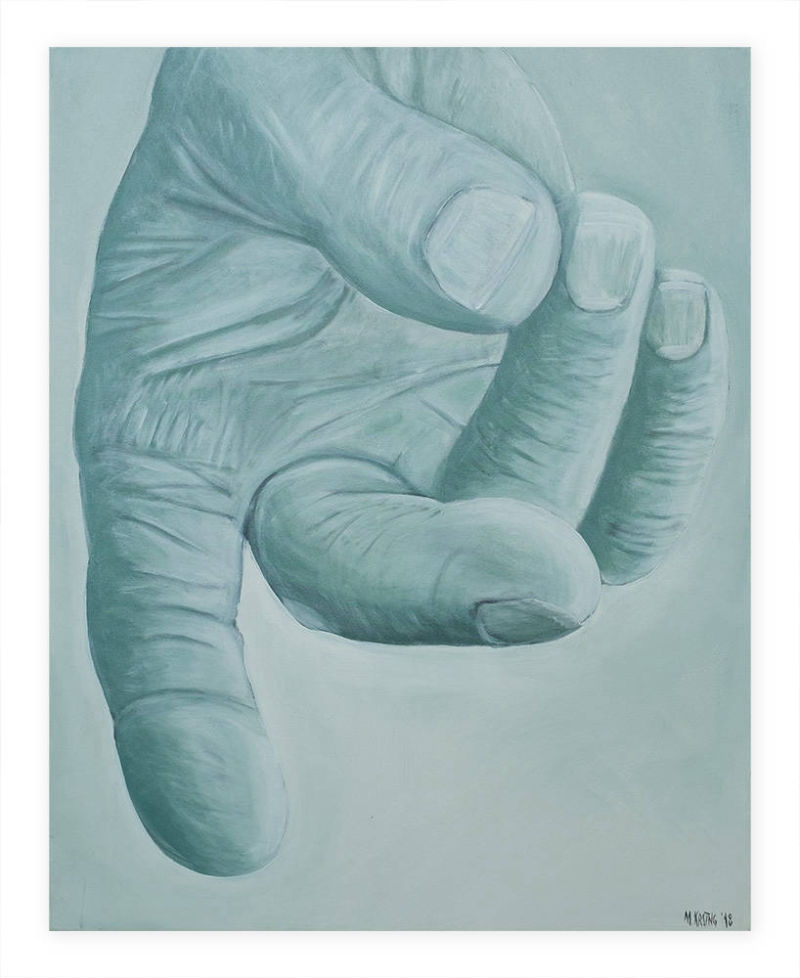 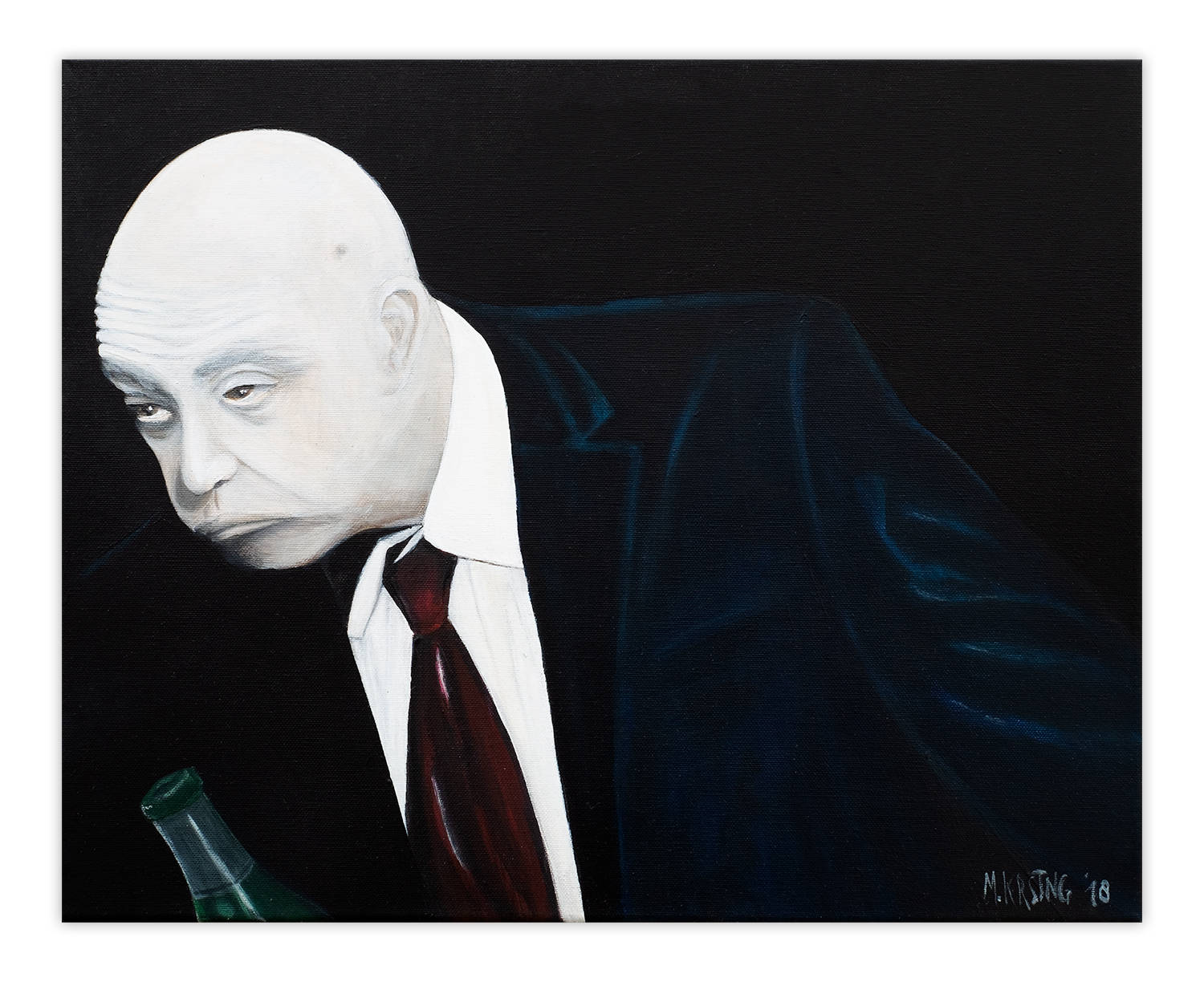 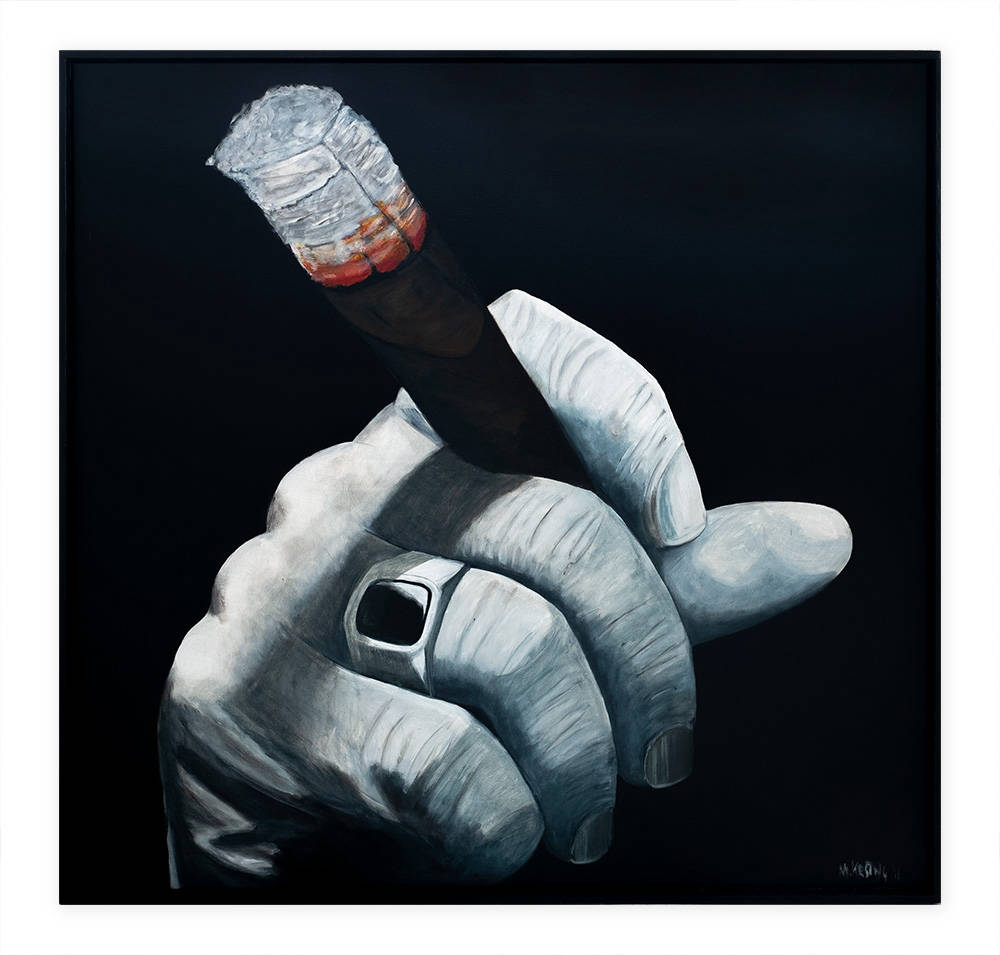 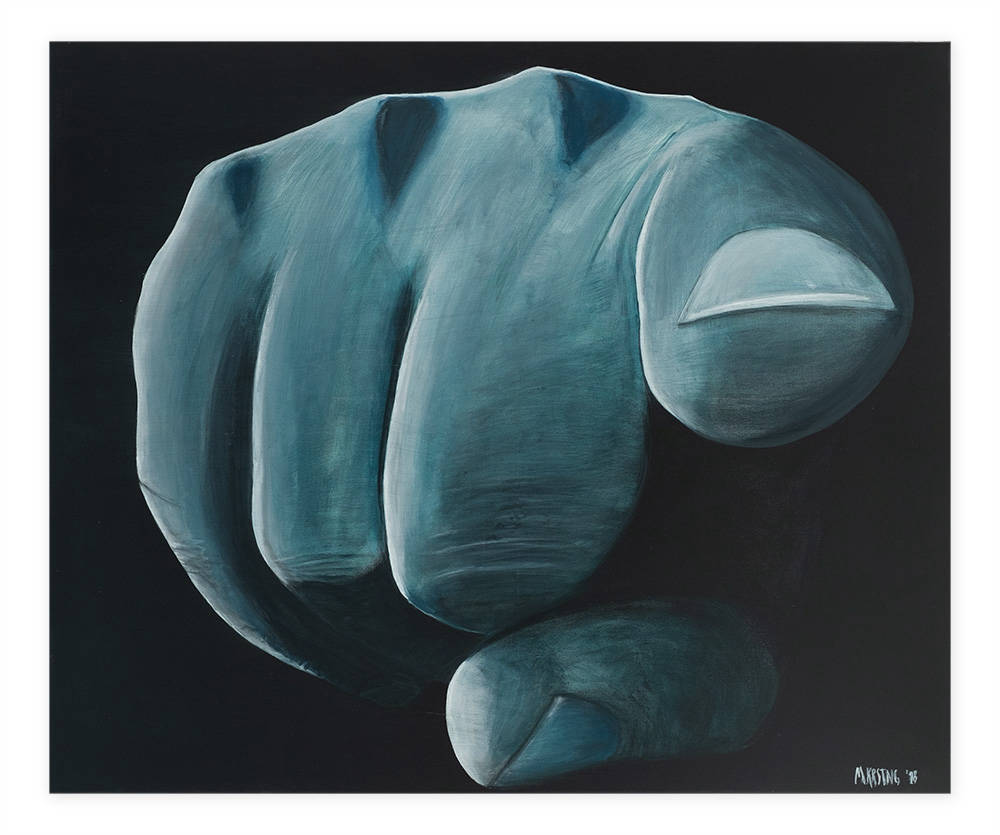 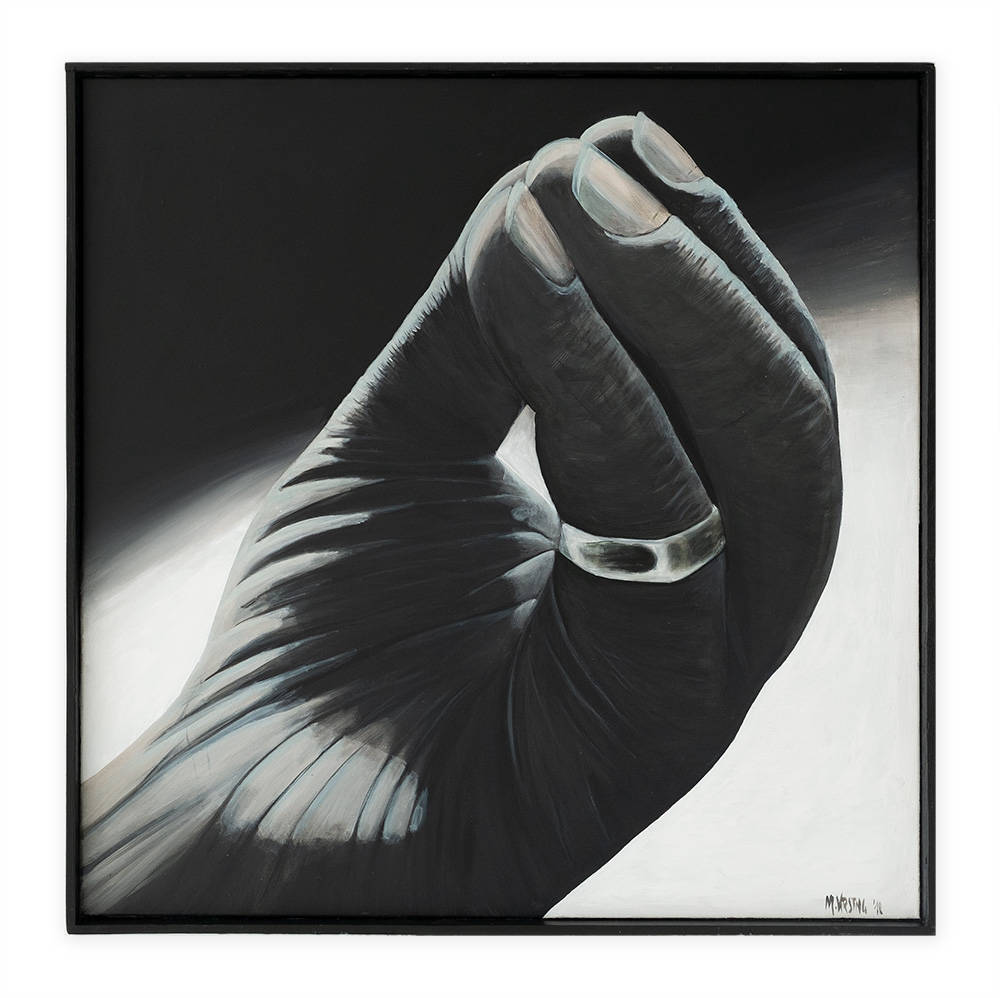 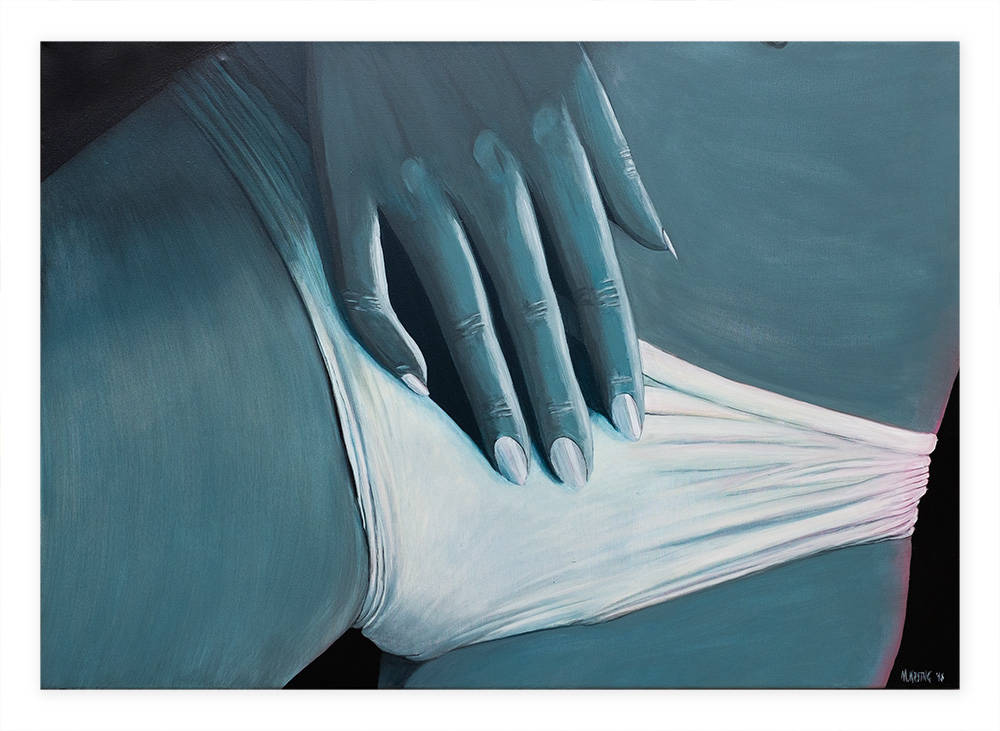 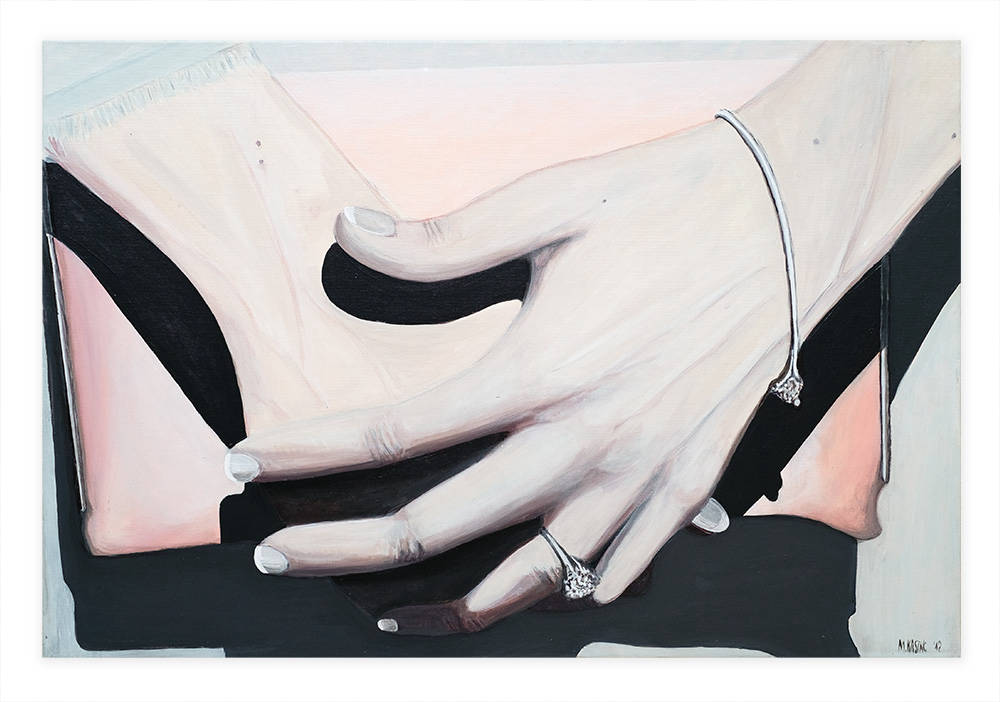 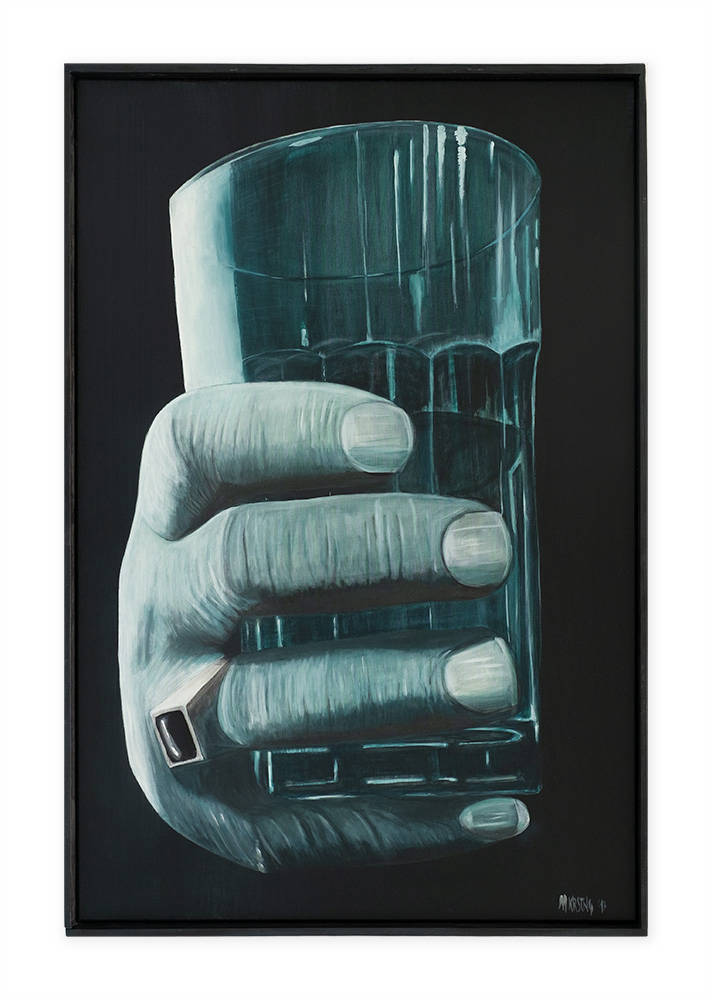 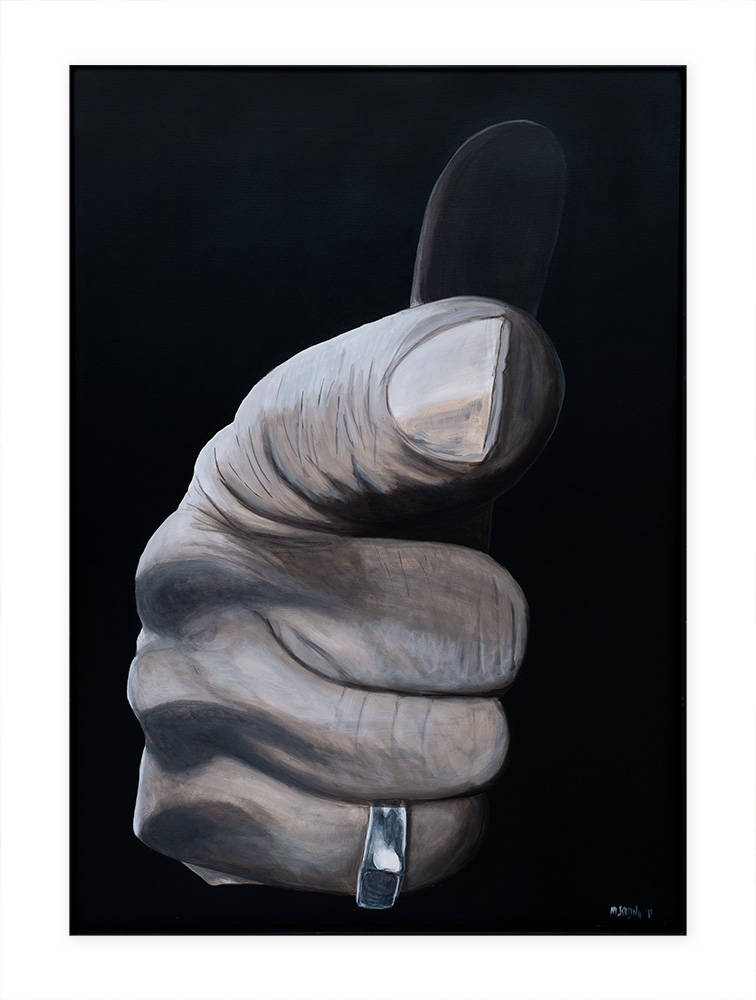 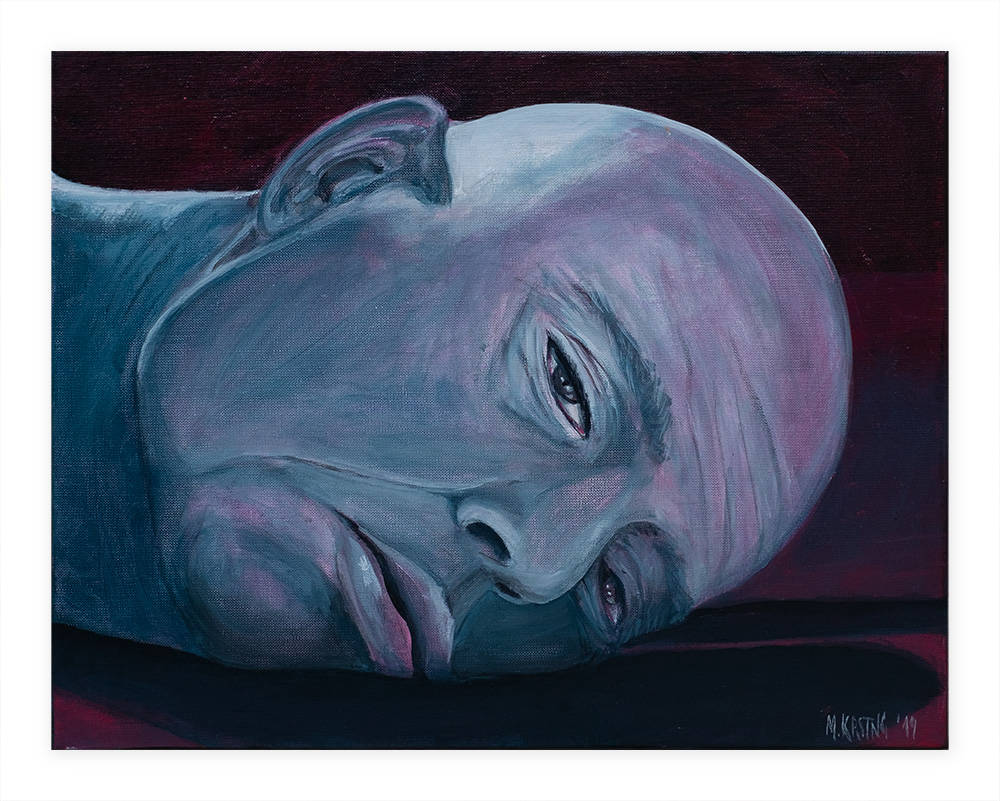 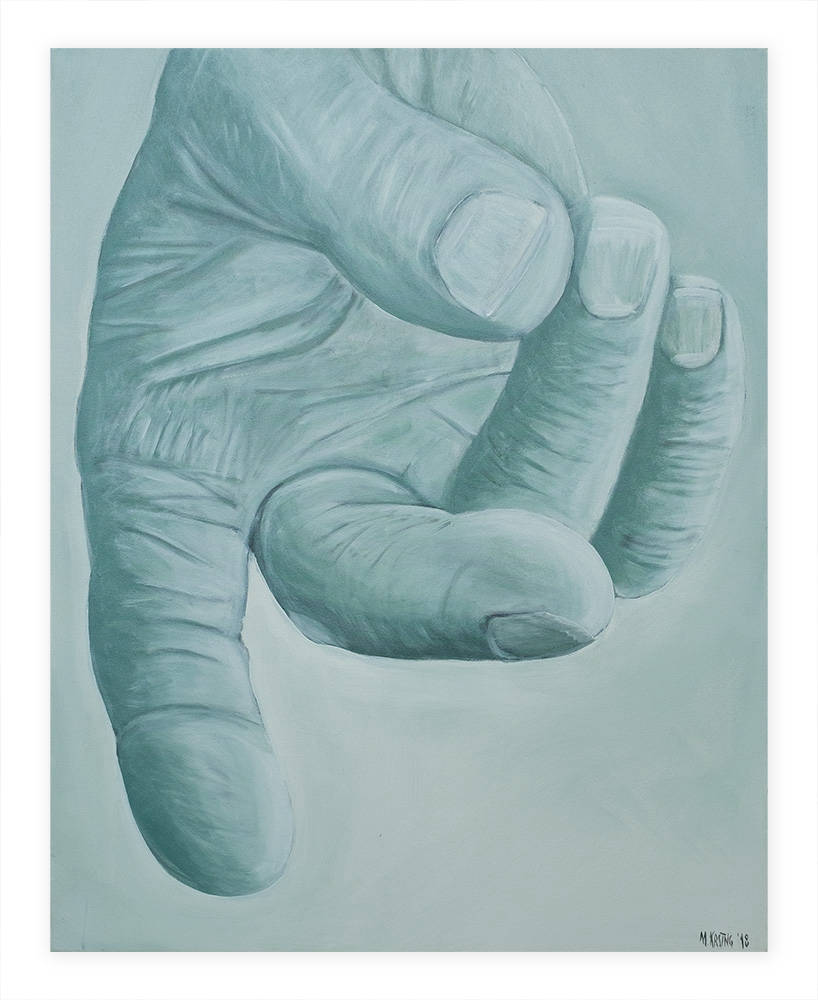 Just leave us your email address and receive
invitations to openings and special events: